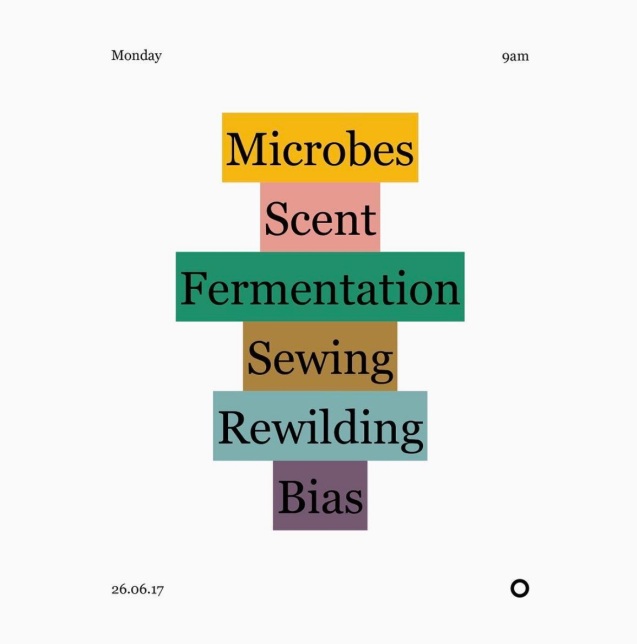 In Wild Air is a Heath Killen Project

Rebecca Conroy’s Marrickville School of Economics at Frontyard is an artist lead curriculum experimenting with new ways to do economy. I took part in the autumnal session, Femmenomics in the Oikos, considering feminist interpretations such as exclusion/inclusion of the messy porous body, and investigations of embodied capital by queering the economy.

In one of the sessions we discussed a reading by Elinor Ostrom which examines the microbiological commons and its new products being generated from advances in technology (culturing, preservation, genome sequencing and other data); as well as who it’s generated by; and to whom it is accessible. Raising questions of ethics and biological gatekeeping discussions lead us to the subject of significant gaps in medical research. One that is now being widely disseminated is the censorship of the clitoris from anatomy textbooks on which my work Anatomy’s Confection is based. However, there are many other areas of concern, some of which were highlighted recently by Kayla Webley Adler.

Much data that we rely on, omits female specific information. It’s been selectively excluded from scientific experiments, and even pharmacology testing over many years. The dire consequences for an unsuspecting female might include diagnostics such as the greatly varied symptoms of heart attack and the threshold for side effects or even toxicity in pharmaceutical dosage. Researchers frequently cite exclusion reasons like data reliability due to hormonal fluctuations, or the risk of pregnancy during data collection – adding to the hormone argument ethical resistance with the involvement of a foetus.

In the case of pharmaceuticals you, or your doctor can check that they’ve have been tested for women and if not, prescribed an alternative. Remember that increased demand will increase supply in the oikos.

FERMENTATIONS. DOING NOTHING AT FO.AM

CUT IT ON THE BIAS

via Cat Jones is In Wild Air